Hometown pride is something that touches your soul.

Most of all, he loved VanGavree’s idea to do something big in a small town.

“This opportunity came up out of nowhere,” Krebs said. “He [VanGavree] wanted to bring something back to a small town, and that’s what I wanted to do—I’m from Shamokin, also a small town. So I said, ‘Yes, let’s revamp a small town, make good beer and serve the community.’”

And what better location, to capture hometown vibes, than a former borough building?

“We knew the structure and integrity, and we knew we could take the building back 100 years to its original layout,” said VanGavree.

Renovations included the removal of five layers of paint from the brick exterior of the South Hanover Street landmark.

Inside, fresh new paint sets a playful, retro tone. A mural lets visitors relive their childhood memories of swinging on a tire swing, via a seat built into the “tire”—the “O” in Rubber Soul’s invitation to “refuel your sOul.” It was created by local students, led by a Lower Dauphin High School art teacher

VanGavree is one of Rubber Soul’s three owners, who comprise Ghost Brewing LLC. They saw the potential for Rubber Soul to bounce back from Chapter 11 bankruptcy, from its original ownership in Salisbury, Md.

It was founder and head brewer Jesse Prall of Harrisburg who named Rubber Soul for his love of biking. The connection to the 1965 Beatles album, “Rubber Soul,” didn’t hurt either. Prall recently returned to the mid-state to begin brewing for The Englewood, which recently opened just outside Hummelstown.

Rubber Soul’s beer menu will integrate new brews by Krebs with those you could call “old souls.”

“The whole key to brewing and distilling is the water source,” VanGavree said.

So, although Rubber Soul’s new owners retain the rights to the brewery’s original beers, he said, “they’ll taste different than the originals because we’re using Hummelstown water.”

“I really want to focus on IPA’s because it’s where the [craft beer] trend is going,” Krebs said. “But really, I want to know what Hummelstown likes and then cater to that—to make Hummelstown proud.”

Creativity in the kitchen is led by Diana Aragon, who previously worked at Harrisburg’s Mangia Qui, Suba and Char’s.

Brick oven pizzas include a pie piled with figs, prosciutto, gorgonzola, onion, arugula and a balsamic drizzle. Crispy Brussels with chili lime sauce, and “Devils on Horseback” (bacon-wrapped dates stuffed with pecans) are just two of the “sharables.”

Teresa Fortney of Hummelstown said that she’s happy to be on staff as a “refueler,” Rubber Soul lingo for servers. A bartender for 26 years, she was laid off from her previous job on March 17.

What did her October start date feel like at Rubber Soul?

“I feel like I want to cry, because people don’t realize what it does to your mental health [being without a job],” Fortney said. “I’m a people person—I’ve been in the restaurant industry since I was 13. It’s in my blood. It’s something that’s good for my soul.”

Long before the dinner hour, Rubber Soul’s giant, nine-foot doors open at 6:30 a.m. Monday through Saturday (11 a.m. on Sundays), to welcome those who love beverages of another kind—the coffee crowd.

“Beer is a niche industry, but for some reason, it got bogged down with hipsters, with males, with homebrewing, and it’s really so much more than that—that’s why we brought in a coffee element with Elementary Coffee,” said Jamie Mowery Lewis, Rubber Soul’s “soul marketing officer.”

Beer and coffee, she said, have a lot in common.

“Elementary—they’re local and very similar to us in vibe. Even if you don’t drink beer, you can still come in, in the mornings for coffee, with plenty of workspace. So, we really offer something for everybody,” said Lewis, who is VanGavree’s niece.

In addition to Rubber Soul’s relationship with Elementary, they did a collab available at Middletown’s Tattered Flag, and they’ve joined Visit Hershey and Harrisburg’s Brew Barons Beer Trail.

“That’s what’s awesome about this industry,” Lewis said. “The competition is not the competition you’re used to in a business atmosphere—people want you to do well. Everyone wants you to win.” 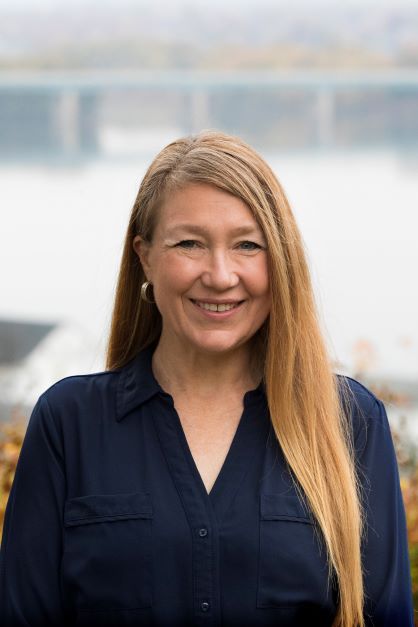